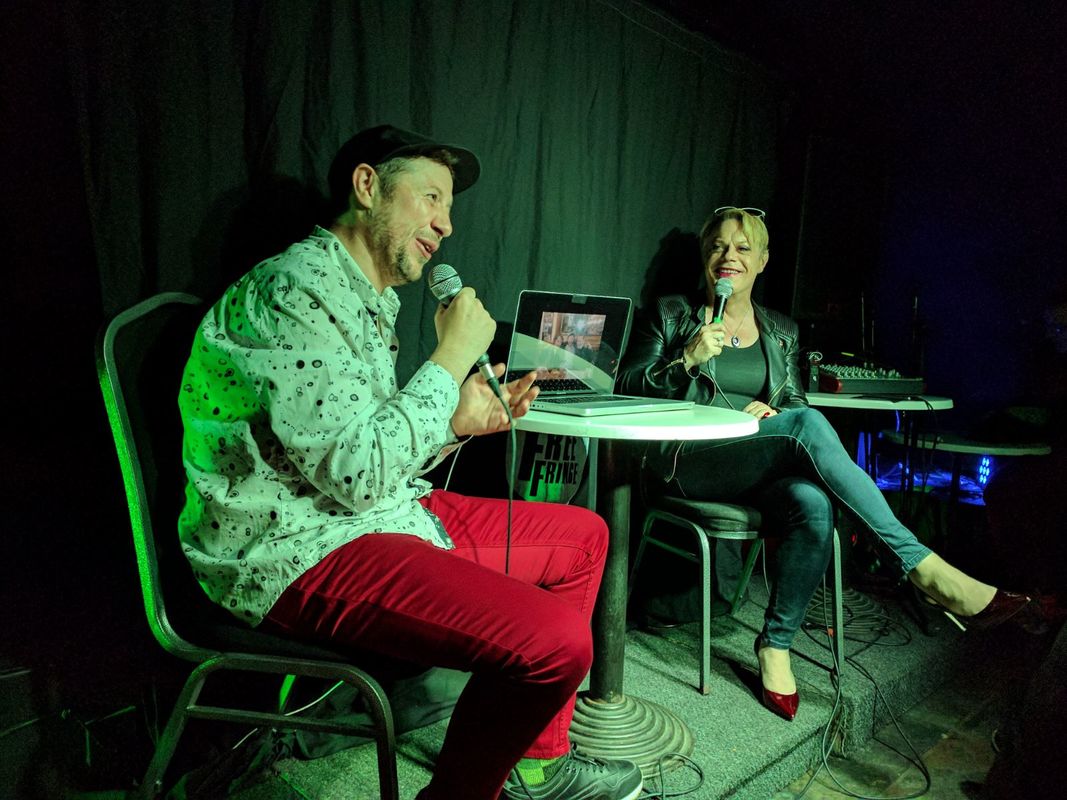 The Closing Night when an Arena comic came to my cave, check the Giant 15" screen LOL!! #MasQueUnComic 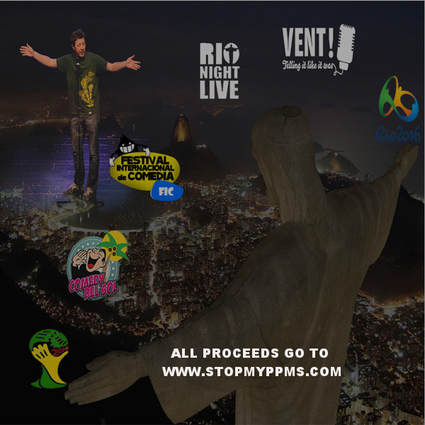 The Pre-disposed
(Live Storytelling Show)
will be a Live Storytelling Show that I intend to take to the Edinburgh Fringe '17 as part of the PBH's Free Fringe.
​
The show will be 3 x 10min segments followed by a small audiovisual presentation which together will frame the story of my search for a diagnosis through comedy festivals in Barcelona and Madrid, Brazil's 2 Mega Events (World Cup & Olympics), Rio's only English language Night out, Rio Night Live and other comedy projects that involved the very biggest names in the comedy industry from Dylan Moran to Eddie Izzard.

In Edinburgh I will be inviting some of the comedians that punctuate the story to join me for a cara a cara 'podcast style' shooting of the shit under the theme of the Show title which came about as a correction by a Psychologist that it is politically incorrect to refer to PPMS, despite it's 'No Treatment, No Cure' reality as a 'Terminal Disease' which I had done and was informed that I should use the more PC term, a Pre-Disposed illness!
With life being a Terminal Disease anyway it seemed fair...

A quick look at the definition of what it is to be Pre-Disposed reveals a more general theme and that is what I will be discussing with the comics for the final 15 mins
predispose
ˌpriːdɪˈspəʊz/
past tense: predisposed; past participle: predisposed ​Should be fun!!
The show will be part of the PBH's Free Fringe and I have a great venue and time for anyone making the trip to the incredible experience that is Edinburgh Fringe '17 when it will celebrate it's incredible 70th anniversary see  full details here
An excerpt of 'The Pre-Disposed' will make an appearance in Longford Arms Hotel in Ireland on September 23rd 2017 supporting Edinburgh Fringe's biggest selling show of all time the irrepressible and amazing Jason Byrne!!!
Check the details here, and share the bejaysus out of it Irish people!!!
It will be epic!!