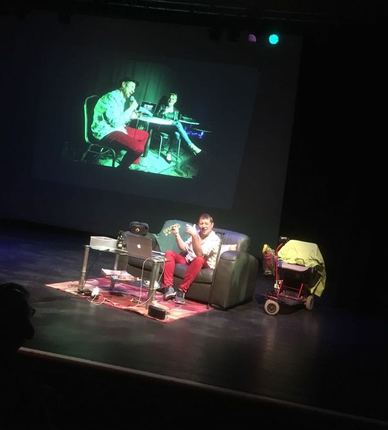 Well great night and just love the Backstage theatre which was absolutely perfect for a show of this kind. Bit disappointed with my timing of the 1st half particularly, but can certainly see what I have to do so thank you to the really wonderful audience who made it a night to remember and I'm taking the standing ovation as evidence that everyone had an entertaining evening.
The only way this type of show can grow is in front of a live audience so feeling confident knowing the work I have to do over the next days before heading to Edinburgh and after onto London and Europe as part of my MAD ALIVE REHABILITATION TOUR...
Thanks to the Cruthu Festival Committee, to Sean and all the Backstage staff, to Sean and Sinead in Granard for allowing me AGAIN to sell tickets in your fine establishment.

I will be busy now creating the promo for the marketing challenge that is the Fringe and part of that was to create a special REVIEW PAGE on Facebook where people who were at the show can leave a quick review so to advise or warn the people ahead whether it is worth going or staying away!! 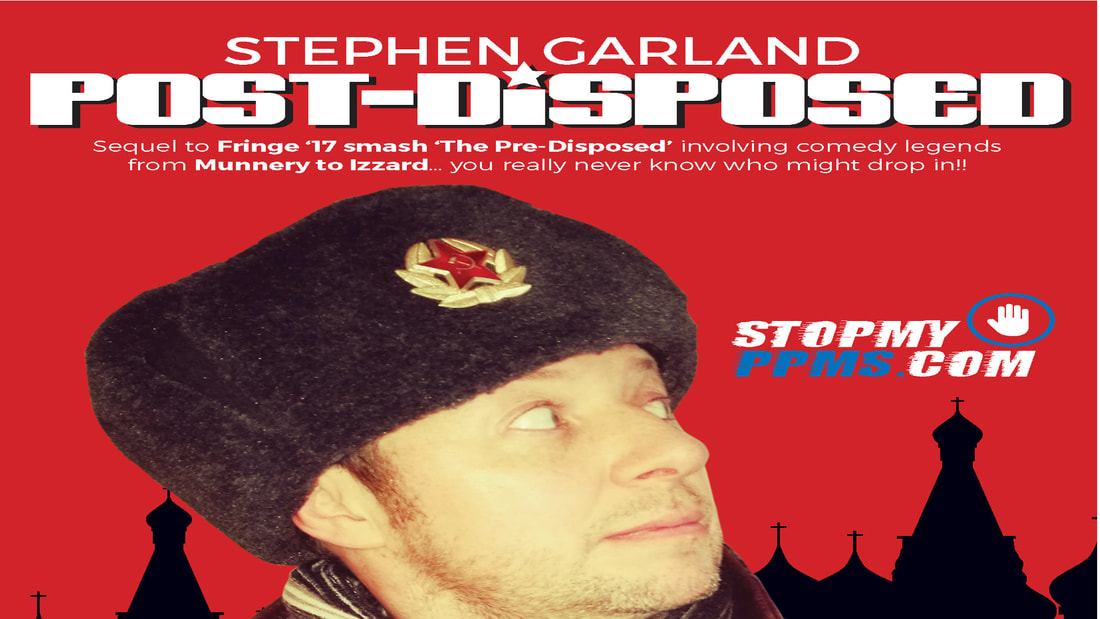 Where: The Backstage Theatre,  Farneyhoogan, Longford. Co Longford
When: July 28th - 8pm
Tickets: https://www.backstage.ie/event/stephen-garland/
Also in Granard at John V's Bar and Fays - 20% of the price goes to directly support Longford MS
It has been a long trip from North East Brazil, via Rio, Madrid, Barcelona, Edinburgh, Longford to finally reach Moscow and get the non FDA approved treatment that offered the only hope for a ‘No Treatment No Cure’ diagnosis.

It took some time to get to a diagnosis of Primary Progressive MS that was evidently taking hold as Garland moved through the typical stages of increasing disability... with first a walking stick, then to mobility scooter, with a wheelchair and cognitive collapse the next stop unless a Russian Doctor and his HSCT Stem Cell therapy could stop the ‘progress’.

8 months since transplant, Granard native and International Arts promoter Stephen Garland, is heading back to Edinburgh Fringe
with the sequel to his 2017 Fringe Comic Storytelling Show ‘The Pre-Disposed’ a show that involved Fringe comedy legends from Simon Munnery to Eddie Izzard to draw something of a conclusion to a most epic tale, where laughing in the face of adversity was always the key to success.
After this Longford performance the show will embark on the 'MAD ALIVE' REHABILITATION EUROPEAN TOUR tour through The Edinburgh Fringe Festival, London, 3 performance in Belgium before arriving in Stephen's beloved venue the Cafe Teatre Llantiol in Barcelona. The tour is still under construction but and final details will appear on this site as they materialise