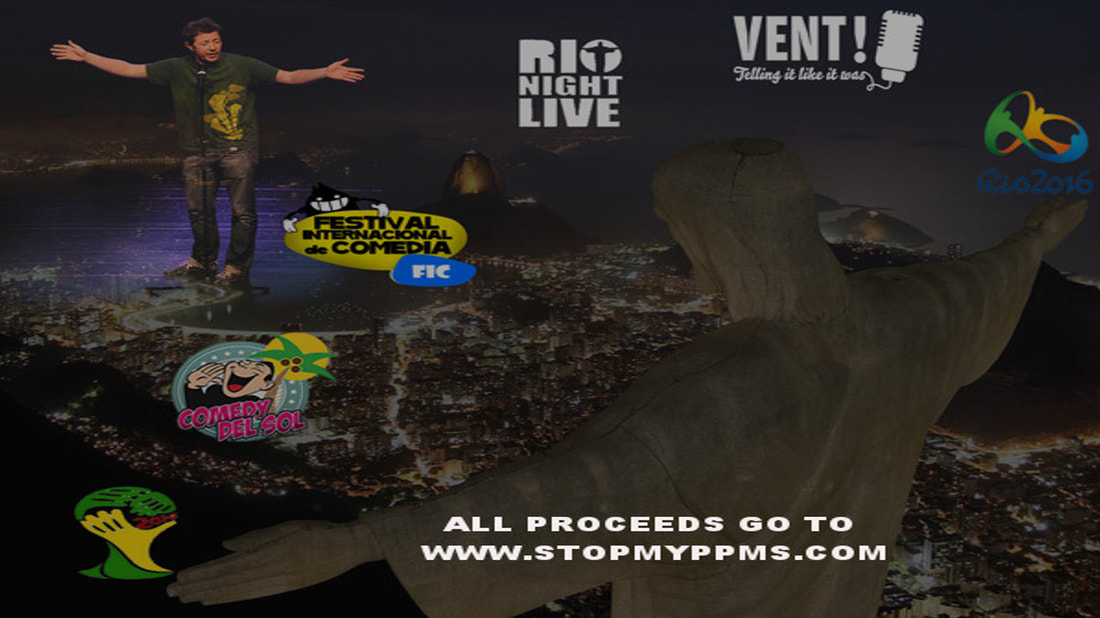 EDDIE IZZARD TO CLOSE THE RUN OF THE PRE-DISPOSED on Saturday 19 FREE!! to stay up to date how to be part of the audience follow @stopmyppms gonna be legendary!!

WHERE:   VENUE 156 Banshee Labyrinth ~ Banqueting Hall
WHEN: August 12 - 19 inclusive
TIME: nightly 21:50 - 22.50
TICKETS: FREE (as per all shows in PBH's FREE FRINGE a bucket will be passed round after the show with all proceeds going to the www.stopmyppms.com fund please give generously... if he deserves it)
'The Pre-Disposed' will be a Live Storytelling Show that will go to the Edinburgh Fringe '17 as part of the PBH's Free Fringe.
​
The show will be 30 mins storytelling punctuated by a some underwhelming images which together will frame the story of a search for a diagnosis through comedy festivals in Barcelona and Madrid, Brazil's 2 Mega Events (World Cup & Olympics), Rio's only English language Night out, Rio Night Live and other comedy projects that involved the very biggest names in the comedy industry from Dylan Moran to Eddie Izzard.

In Edinburgh I will be inviting some of the comedians that punctuate the story to join me for a face to face 'podcast style' shooting of the shit under the theme of the Show title which came about as a correction by a Psychologist that it is politically incorrect to refer to PPMS, despite it's 'No Treatment, No Cure' reality as a 'Terminal Disease' :)
which I had done and was informed that I should use the more PC term, a Pre-Disposed illness!

The event will be free followed by a bucket with all proceeds going to www.stopmyppms.com 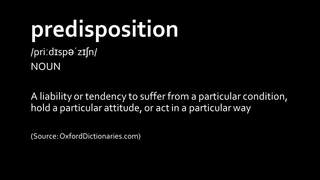 Each evening I will be joined by a different comedy legend who have mostly directly taken a part in the chronology of the story.
The idea is, we will just share the stage to discuss in terms of comedy whether 'the comic' is somehow Pre-Disposed to perform and can it be what defines the comedy style that we the public, all love so much.
In her 70th year all the comics that will take part are typical of those that makes the Edinburgh Fringe in her 70th year so great to keep coming back year after year…
This list of comics represent for me some of the coalface of Fringe innovation and I am truly honoured that they will join my humble amateurish performance.
If you are in Edinburgh, you could do worse than making some of these shows part of your festival plan... Check it out!!!

CHECK OUT THIS GODDAMN LINE UP 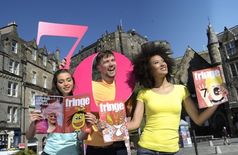 Each evening I will be joined by a different Fringe comedy legend, who have mostly directly taken part in the chronology of the story.
The idea is, we will just take the stage to discuss in terms of comedy whether the comic is somehow Pre-Disposed to perform and can it be what defines the comedy style that we all love so much.
All the comics that will feature are typical of those that makes the Edinburgh Fringe in her 70th year so great to keep coming back year after year…
This list of comics represent for me, are some of the true coalface of Fringe innovation and I am truly honoured that they will join my humble amateurish performance.
I urge you to make your Fringe more memorable and catch some of this comedy brilliance

*** LATE DATE CHANGES!!! we have had to swap Carey Marx and Alexis Dubus around for their guest slot but as of Tuesday (15) the following is all good and we are pretty close to that big T.B.C on Saturday to close this little run.

Saturday 12  - Andy J. Ritchie - (Scot/BCN) - Fringe Show - “Semi Pro for life” - https://tickets.edfringe.com/whats-on#q=%22Semi-Pro%204%20Life%22
Edinburgh native Andy was one of the original founders of Barcelona's Open Mic scene and has been instrumental in the delivery of Barcelona Comedy Festival over the years. Back home cutting his teeth with a first appearance at the Fringe with an act well honed in the Catalan capital.
​
Sunday   13  - Danny Lobell - (New York)  - Fringe Show - “Broke as a Joke” - https://tickets.edfringe.com/whats-on/broke-as-a-joke
Danny is a legend of big apple comedy from his years on Comical Radio interviewing the likes of George Carlin to his legendary Modern Day Philosophers podcast. In 2006 was the direct inspiration behind VENT! Telling it like it was, the first live storytelling show in Europe which worked so well in Barcelona and Rio. An integral part of The Pre-Disposed Story in 2015 he returned to perform in Barcelona where he also recorded  "The Nicest Boy in Barcelona" which you can buy here!!

Monday  14  - Kieran Butler - (Australia) -Fringe Show - “Australia: Still fucked” - https://tickets.edfringe.com/whats-on/australia-still-f-cked-2
One of Australia's most outspoken comics Kieran has been taking the Fringe by storm with his no punch pulled musical satire for almost 2 decades

*** NEW DATE Tuesday  15 - Carey Marx - (ENG) - Fringe Show - “The Afterwife” - https://tickets.edfringe.com/whats-on/carey-marx-the-afterwife
Another fringe favourite and loved in festivals across the planet, constant innovator who each year brings something extraordinary to Edinburgh

Wednesday 16 - Simon Munnery - (ENG) - Fringe Show - “Simon Munnery: Renegade Plumber” - https://tickets.edfringe.com/whats-on/simon-munnery-renegade-plumber
A legend of alternative comedy and coming to the Fringe weaving his surreal comedy brilliance in Edinburgh since before anyone can remember

Saturday 19 - Told you to watch this space!!! the run will now be closed by the legend and immense human that is Eddie Izzard.
This show will be once again FREE but ticketed and the best way to stay up to date with this piece of Edinburgh Fringe history!!

Screenshot of App
Delighted to announce I got a really great venue for the perfect run for me of 8 nights at the 70th anniversary of the world's biggest Arts Festival... The Edinburgh Fringe as part of the very excellent PBH's Free Fringe the word as it arrived...

When on the ground look out for the Wee Blue Book  once the Fringe is up and running which will list all the shows that are part of The PBH's Free Fringe  it will contain some amazing shows in some of Edinburgh's best venues.
There will also be an App available on Android and Apple Download for ease in what can be an overwhelming amount of information knocking around the Fringe