RETURN OF 'SHINDIG' AND 'THE LOST BOYS' ​ 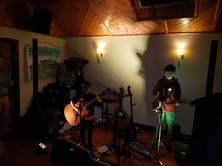 A repeat of the Shindig gig which packed Fays Bar in Granard last November 4th when we were submerged in our fundraising efforts to get to Russia, it was one of the most memorable nights of our campaign as the entire Town of Granard and surrounding community came out to support so graciously since the first event when Granard GFC directed the proceeds of their St Stephens Day Walk way back in 2016 (wow!!)
In an effort to kill as many thank you birds with the one stone we would love if you would all come back and just enjoy a great night out!!!
So you are all invited to another great gig when I will be showing off my new buoyant health! 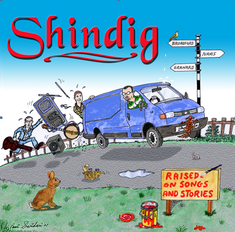 WHERE: FAYS BAR GRANARD (Main Street)
WHEN: FRIDAY MAY 25, at 9pm
PRICE: NO COVER CHARGE


Shindig are :Shindig are playing together for the past 20 years, both in Ireland and all over Europe ( Norway, Sweden, Finland, Germany, Denmark, France ). We also go once a year to do a two week tour of Chicago and Cleveland.